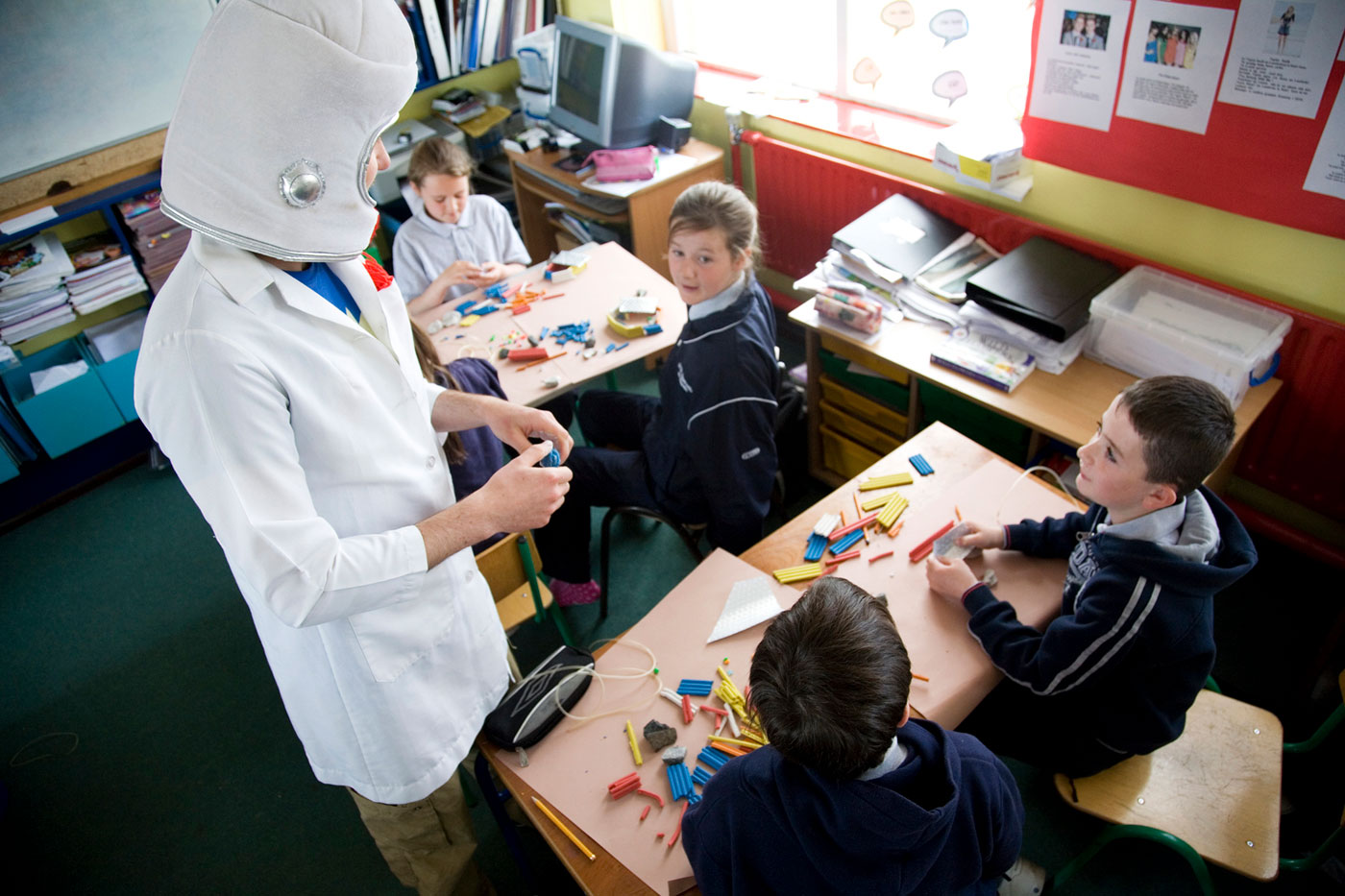 LOIS went aboard The Irish Rover to study Mars, on Ireland. With samples of rock and ocean water from Mulroy Bay, the waters near Island Roy, their study parallels the Mars rovers’ sampling of the aerology of that planet and poses the inverse question of NASA’s mission. The NASA MERS team inquires, Did Mars look like Earth some four billion years ago? LOIS asks, Will Earth look like Mars in four billion years?

NASA linked a significant land feature on Mars to the Lovely Weather project. In March, LOIS went on a discovery mission to Ireland to scope out the proposed namesake for a location on Mars. The selected land feature is the sparsely populated Island Roy, or Oiléán Ruaidh in Gaelic. At Scoil Naomh Bhride, the nearby elementary school in Downings, the schoolchildren had questions for NASA’s team. The head of the Mars Rover mission, Steve Squyres, who along with the Mars Rover Opportunity scouted the perfect location for the new Ireland on Mars, answered as follows…

The League:  The school children in the area have some questions for you.
They would like to know – Is there any way to stop global warming?
Squyres: Yes… reduce carbon dioxide emissions.
schoolchildren:  Will there be a hotel (and a swimming pool) on Mars?
Squyres: I don’t know, but i hope so!
schoolchildren:  and could the rovers start building on Mars?
Squyres: No… they’re made for exploring, not building.
The League: Incidentally, all of them would like to go to Mars.
Squyres: They’re the right age for it. The first people who will go to Mars
are not astronauts… not now. They’re kids who are still in school.

Project published in Leonardo; the paired location for Oileán Ruaidh (the Red Island, where LOIS was stationed) is documented by NASA.

Lovely Weather was an artist in residency program in County Donegal, supported and organized by the Letterkenny Regional Cultural Center and Leonardo/Olats. Thanks are owed for the collaborative efforts of Steve Squyres and NASA’s Athena Science Team.